BOARD OF DIRECTORS & COMMITTEES 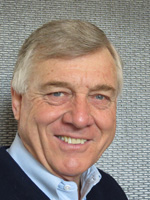 Guy L. Denny, President.  Guy is an interpretive naturalist, writer and photographer who was assistant chief of DNAP from 1976 to 1994, and Chief from 1994-1999. He was Executive Director of the Ohio Biological Survey from 2006-07, and also has served as Vice President of the Ohio Environmental Council, Secretary/Treasurer of the Outdoor Writers of Ohio, on the advisory board of The Trust for Public Lands (Ohio), and as trustee for several other Ohio conservation organizations. Guy wrote the Bogs & Fens section of Ohio’s Natural Heritage, published by the Ohio Academy of Science Press in 1979. He recently drafted the Articles of Dedication for Daughmer Savanna and wrote its management plan as a volunteer at DNAP. Guy lobbied to prevent DNAP being eliminated from state law in 2010. He is one of the three incorporators of ONAPA .​ 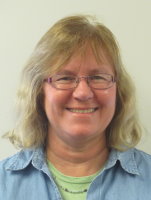 Jennifer L. Windus, Vice President.  Jennifer is recently retired from ODNR after more than 31 years, with experience in the Divisions of Parks & Recreation, Natural Areas & Preserves, and Wildlife.  She worked in the Division of Natural Areas & Preserves during 1983-2002 when she began and administered the Research & Monitoring Program. She supervised several employees and established monitoring projects for many rare plants and plant communities on state nature preserves.  She also wrote management plans for most of the state nature preserves, which were approved by the Natural Areas Council.  She coordinated habitat management activities on nature preserves with preserve managers.  For the past 12 years, she worked for the Division of Wildlife where she coordinated land management activities, land acquisition and access agreements, rare plant surveys, and the development of management plans. She is pleased to be an ONAPA Board member to assist ONAPA and DNAP restore a high-quality habitat management and monitoring program to the DNAP preserves.  Jennifer also serves on the Boards for the Ohio Invasive Plants Council (Vice-President) and Crane Hollow Inc. (Vice-President). 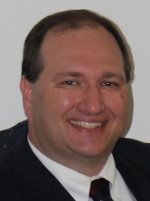 Edwin L. Dengg, Treasurer.  Eddie is an attorney and conservationist with a lifelong passion for nature. Through his work as a leader for several land trusts in northeast Ohio, he has helped permanently protect and manage thousands of acres of critical natural areas.  As park botanist at Cuyahoga Valley National Park, Eddie organized volunteer efforts to systematically inventory, monitor and manage non-native invasive species in sensitive habitats throughout the park. He has been a frequent speaker on conservation law, land use, land stewardship, and federal income tax incentives for land conservation. Eddie is a past president of the Ohio Invasive Plants Council, and formerly served on the board of the Natural Areas Association. 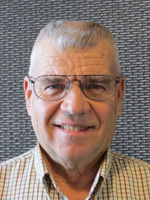 Richard E. Moseley, Jr., Secretary.  Dick was the first Chief of the Division of Natural Areas and Preserves and served as head of the program for 20 years.  Under his leadership the Division acquired and dedicated 103 nature preserves and the Ohio Natural Areas Program was recognized as one of the outstanding state programs in the country.  In 1990, Dick became Deputy Director of the Ohio Department of Natural Resources, supervising the Divisions of Parks and Recreation, Wildlife, Natural Areas and Preserves, Forestry, and Watercraft.  He retired from the Department in 1993 and moved to Colorado where he volunteered for the U.S.  Forest Service on the San Juan National Forest for 15 years.  In 2010, Dick lobbied for the continuation of DNAP when the Administration tried to eliminate the division from state law and is now volunteering for DNAP and the Licking County Park District.  He is a member of the Ohio Conservation Hall of Fame, one of the three incorporators of ONAPA.​ 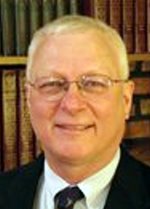 ​James F. McGregor, Governmental Affairs Officer.  Jim started with the Ohio Division of Parks as a seasonal naturalist in 1969 and was hired as a roving naturalist in 1973. In 1976 he moved to Lebanon OH to serve as director of Parks and Cemeteries. Jim returned to the Department of Natural Resources in 1977 as Administrator of Field Operations for the Division of Natural Areas and Preserves. He moved to Civilian Conservation as assistant Chief and then as Chief of the Division, in 1982. Jim was elected to five terms as Mayor of Gahanna beginning in 1983. In 2001, Jim was appointed to and later elected to the 20th Ohio House of Representatives seat. He is now retired and has a small property management business. 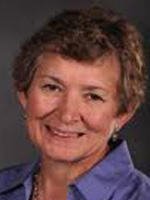 Barbara Andreas. Barb is a Professor Emeritus for the Dept. of Biological Sciences at Kent State University. She has served as Vice-President of the Native Plant Society of Ohio, member of the Ohio Natural Areas Council, ecologist and botanist for rare plant and plant community field investigations for DNAP, senior scientist for EnviroScience Inc., and botanist for the U.S. Fish and Wildlife Service. She has written many papers and books, including The flora of the Cuyahoga Valley National Recreation Area and A catalog and atlas of the mosses of Ohio. She now lives in Hocking County and was recently appointed as an adjunct professor at Ohio University.​ 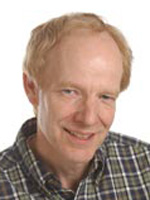 Dr. James Bissell.  Jim served as Curator of Botany and Coordinator of the Natural Areas Program for the Cleveland Museum of Natural History (CMNH). He received his B.S. degree in plant ecology from Ohio State University, where he also worked for Dr. David H. Stansberry at the Ohio State Zoology Museum and made an extensive collection of the crayfishes of Ashtabula County. He received his M. S. from the University of Wyoming. At CMNH he organized the 25,000 plant specimens housed at various places in the Museum into a Museum Herbarium. In 1973, Jim began a regional plant inventory that makes Lake, Geauga and Ashtabula Counties some of the best-studied counties in the state. In 1976, Jim was named Museum Coordinator of Natural Areas and was put in charge of managing the Museum’s Natural Areas Program. Since that time, the natural areas holdings of the Museum have increased to seventeen preserves, totaling more than 2,000 acres; it is the largest natural areas program managed by a museum in the country. He has contributed more than one thousand rare plant occurrences to the Ohio Natural Heritage Program database and has been a leader in organizing volunteers and professionals to help protect natural areas. In 2003, Jim received an Honorary Doctorate in Humane Letters from the University of Akron and in 2004 received the George Fell Award from the Natural Areas Association for lifetime achievement in natural areas protection.​

Cheryl Harner. Cheryl’s extensive volunteer work includes long-time leadership in Greater Mohican Audubon Society and Richland County Master Gardeners. Her early career included work as a landscape supervisor and in real-estate sales and rentals in Lakeside, Ohio. She currently serves on two land trust boards and works as an environmental educator and advocate for nature.  As co-founder of Flora-Quest, she maintains the website and an educational blog, Weedpicker’s Journal which documents Ohio’s native plants and biodiversity.  She is frequently a public speaker promoting the use of native plants in the landscape and the protection of natural areas.​ 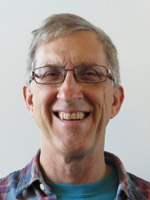 Tim Snyder, Tim joined the Ohio DNR in 1980 as a park ranger at Geneva State Park and in 1982 became the west-central Ohio District Manager for DNAP, based at Clifton Gorge State Nature Preserve. His weekly column Nature Notes appeared in several local newspapers. He also served on the Division’s burn team, including two years as burn boss overseeing controlled burns—an activity that led to his participation in the Ohio Interagency Fire Crew and ten fire fighting assignments in the American West. He retired in 2005, but continues to work with Ohio’s natural resources and maintains his Forest Service red card. He is active with the Outdoor Writers of Ohio, now serving as President. His first book, Rainbows of Rock, Tables of Stone: The Natural Arches and Pillars of Ohio, the result of 25 years of research in every corner of the state, and was published in 2009. Tim is a native of Findlay and holds a B.S. in Biology Education from Evangel College and a M.S. in Recreation Resources and Interpretive Services from Colorado State University.​ 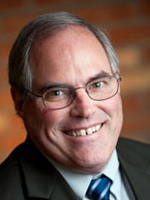 David Todt. Dave is a Professor of Biology and Natural Sciences at Shawnee State University. He has been a faculty member in biology/teacher preparation and administrator at Shawnee State since 1978. Dave’s introduction to DNAP came when he was the statewide coordinator for the Youth Conservation Corps program in the 1970s. The YCC worked on many natural areas, preserves, and scenic rivers. Dave served two terms on the Natural Areas Council from 1994-2004 and has been a Trustee for the Ohio Chapter of the Nature Conservancy. He has also been active in the Environmental Education Council of Ohio, the Ohio Academy of Science and the Ohio Biological Survey. Dave resides in Friendship, near Shawnee State Forest.​​ 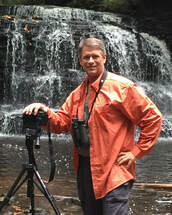 John Watts.  John is retired from the Columbus and Franklin County Metro Parks where he worked for 33 years.  John was the Resource Manager where he coordinated and administered the Resource Management Program for over 27,500 acres of natural area park lands in central Ohio.  During his time as Resource Manager, Metro Parks restored approximately 4,500 acres of native habitats that included wetlands, prairies and forests as well as overseeing the species reintroduction program, invasive species control efforts, wildlife management and education program for the Park District, including the restoration of nearly 1,800 acres of native tall grass prairie in the former Darby Plains Prairies.  He earned his B.A. in Environmental Life Science from Otterbein College in 1986 and his M.S. from The Ohio State University in Parks and Recreation Administration in 1989.  John also worked for the Division of Natural Areas and Preserves from 1986-1991 conducting rare species monitoring, habitat restoration and natural area management.

ADVISORS TO THE BOARD